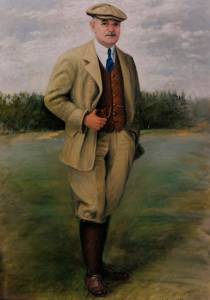 Donald Ross is the Michelangelo of golf, and Pinehurst No. 2 could easily be considered his Sistine Chapel. Its not his only work of genius, however. Many of today’s top courses still bear Donald’s name as the principle architect, and its hard not to feel his presence as one takes a closer look at the history of golf in the US.

A native of Scotland, Donald served an apprenticeship under the famous Old Tom Morris (immortalized in the hilarious new GolfNow commercials – see one here) at St. Andrews Links, perhaps the most famous golf course in the world. He moved to the Boston area in 1899 and began making his mark on the sport.

Aside from Pinehurst No. 2, his other famous works include: 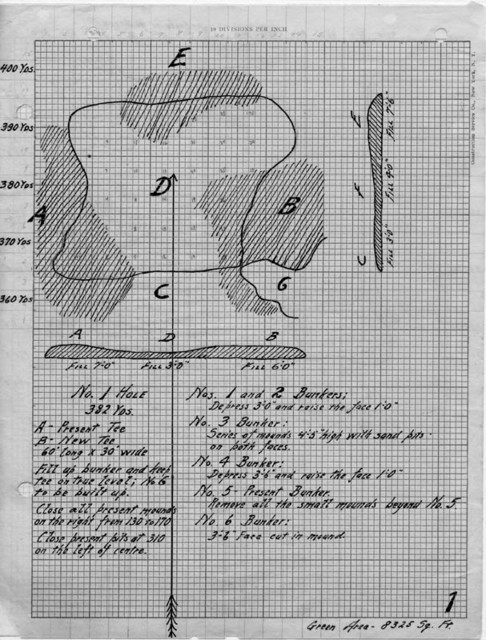 Donald’s design sketch of hole 1 on Pinehurst No. 2

The decline of golf over recent years has resulted in the closing and/or sale of numerous courses across the country, including several of Donald’s gems here in Northeast Ohio. I had a chance to explore a few remnants of his work recently, including Acacia County Club in Lyndhurst, and Oakwood Club in Cleveland Heights. See photos and captions below!

Acacia Country Club Clubhouse – Beachwood Place Mall can be seen at the left of the photo. 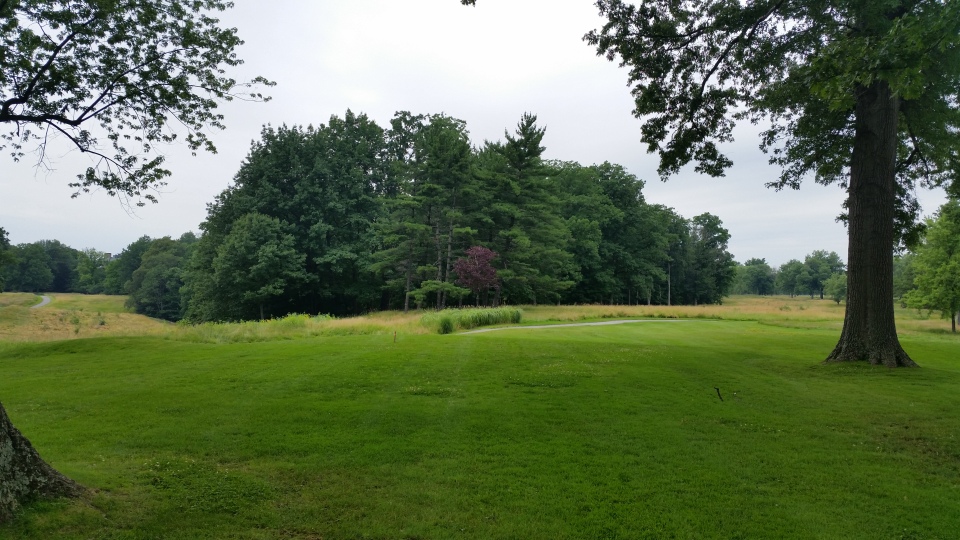 Acacia Country Club – looking between two holes behind the clubhouse

Oakwood Club has a bit more history than Acacia. Opened in 1905, it was the 4th golf club formed in the Cleveland area and was of the most prestigious as well. Many famous Clevelanders enjoyed time here, including Milton Wolf, former US Ambassador to Austria, and Howard Metzenbaum, former US Senator from Ohio. The economic downturn of 2008/2009 and the overall decline in golf combined to create a tumultuous financial environment, forcing the club to join forces with Mayfield Sand Ridge Club to survive. Donald’s gem of a course, unfortunately, did not.

Tree-lined approach to the Clubhouse

Donald’s work is still prominent in the Northeast Ohio area, and thankfully several of his gems have remained intact and are still played today. If you have a chance, book a tee time to play Hawthorne Valley (Solon) and/or Manakiki (Willoughby Hills) and experience some golf history while you’re at it!

2 thoughts on “Donald Ross: Golf’s Michelangelo & his Legacy in Cleveland”